This page introduces Iaido, which is one of the Japanese traditional Budo concerned with drawing the blade and cutting in the same motion. 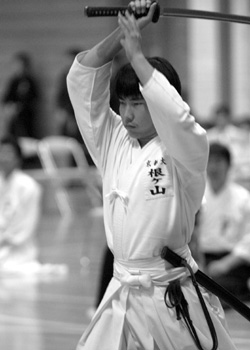 Iaido is one of the Japanese traditional Budo concerned with drawing the blade and cutting in the same motion. (Budo means martial arts or military arts in Japan). A typical form consists of the draw and cut, a finishing cut, cleaning the blade and returning it to the scabbard, all without looking away from the imaginary opponent.

Most practice is solo, eventually with shin-ken (a real blade). In contrast with Kendo, Iaido is performed without protective coverings of any kind. Students must strive to achieve power, precision and perfection in their form. Along the way they learn balance, grace, and control both of the body and the mind.

Iaido dealt more with everyday situation rather than those on the battlefield. The term "Iai" is taken from the Japanese phrase: "Tsune ni ite, kyu ni awasu". The meaning of this is, whatever we may be doing or wherever we may be, we must always be prepared from any eventually.

The techniques themselves dealt with many situations such as a sudden attack by several opponents, a surprise attack while bowing to someone, an enemy lying in wait behind a sliding door or an attack in a darkened room. The permutations (suppositions) were countless. 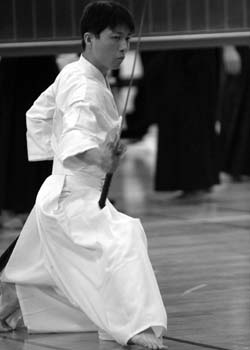 Saya-no-uchi -- the essence of Iaido

"Saya no uchi" is a truncated phrase. A full-length phrase is "Saya no uchi de katsu", those of which meaning is: Victory in the scabbard of the sword. The real intention is: One must obtain victory while the sword is un-drawn.

This seems to be inconsistent for the reason which a disciplinant wields his blade, but it is agreeable as the ultimate aim of the real swordmanship. The essence of Iaido is a non-combative discipline engaged in for the individual's spiritual cultivation. Through the blade we seek to improve our spirit and become better people, to promote peace and good feeling beyond the walls of the Do-Jo and into out daily lives.

Readiness on the occasion of practice

One must bear in mind the higher goals to achieve and take each steps and overcome each obstacle, but at the same time, one must relish and enjoy his challenges, though the path may be a difficult one to follow.

If one studies the classical Budo for fun or through a whim, no true understanding is possible. The goal of self-perfection requires time and effort, and direction is always more important than haste. The classical Budo disclose their meaning only to those who are dedicated and who exert their minds and bodies in rigorous training.

There are many styles of Iaido, many ways to cut, to move, and as one learns one improves technically. However, we train not only to learn techniques, but also to cultivate the heart and spirit. With this respect all "styles" will lead to the same goal.

There were many (probably several thousand of) Koryu ( traditional schools), though only a small proportion remain today. Almost all of them also study older school established during 16-17th century, like Muso-Shinden-ryu, Hoki-ryu, Muso-Jikiden-Eishin-ryu, Shinto-Munen-ryu, Tamiya-ryu, Yagyu-Shinkage-ryu, Mugai-ryu, Sekiguchi-ryu, and so on.

This is a word which does not translate at all into English. It is often translated as awareness, but this is not quite right. Awareness of what is around, potential threats, potential dangers etc. is a part of it. It is more concerned with the state of mind after an action has been made. It is characterized by kamae or shisei after cutting, by seme after cutting, by projection of ki and continuation of breathing (or kiai where appropriate) after cutting.

Gazing at the distant mountains. This means to focus the eyes at a distance.

Grip the handle of the blade. One must grip rightly for the effective nukitsuke and kirioroshi. Iaido master can easily distinguish an sword-craft of trainee only at a glance over his Te-no-uchi. 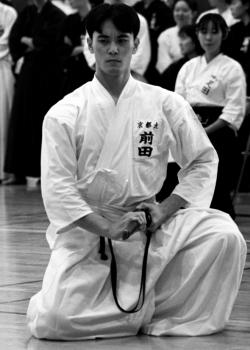 No matter what style was practiced, the procedure always comprised four separate parts: the drawing of the blade to meet a sudden encounter (nukituke), the cut or cuts used to despatch the enemy (kirioroshi), the shaking of the blood from the blade (chiburi), and the re-sheathing of the sword (noto).

The first strike, though single handed, should be effective. It should make kirioroshi unnecessary. The angle, timing, control will all be watched. Keep good posture here. Make sure the cut lands with the front foot and that the body weight is giving power to cut.

Strike to the imaginary enemy.

Shaking the enemy's blood. One must bear in mind Zanshin during the chiburi and noto.

The discipline of swordmanship in Iaido fashion provides an easily understood example of the intense concentration demanded by Budo techniques.

The trainee must, in the final stage of wielding the sword, return its razor-sharp blade to the scabbard he wears at his left hip. The action used in accomplishing this brings the operator's left hand within a fraction of an inch of the keen edge, in itself an unnerving maneuver for the untrained, but one made infinitely more delicate by the fact that the action must be performed without once looking at the scabbard.

All students perhaps study a standard Iaido, commonly known as the Seitei Iai, which is established by the All Japan Kendo Federation (Zen Nihon Kendo Renmei, hereafter ZNKR).

There are 10 established forms of ZNKR Seitei Iaido (hereafter Seitei Iai) which were developed during 1960's and 70's by a panel appointed by ZNKR for that purpose. The original intentions in creating Seitei Iai was to produce a standard that could used for gradings nationally and later internationally.

Hoki ryu - one of the oldest Koryu

Hoki ryu is one of the most oldest koryus.

The founder of Hoki ryu is Katayama Hoki-no-kami Hisayasu (1575-1650). In 1610 he was called to the Palace and he showed the Isono-nami, the secret of fencing, in front of the Emperor Goyouzei. For this distinguished services he was rendered Jyu-Goi-Ge (the conferment of a court rank).

The original name for Hisayasu's tradition was Ikkan ryu. Later the name was changed to Katayama Hoki ryu. At present day the tradition is generally refereed to as just Hoki ryu.

According to Isono-nami the secret in Hoki ryu, he and his disciples developed and established over one hundred forms. But in present, we mainly study the fifteen basic forms as follows. These fifteen forms are divided to two sections, Omote and Chu-dan. In Omote, there are six forms. All forms are started from seiza posture. In Chu-dan, there are nine forms. 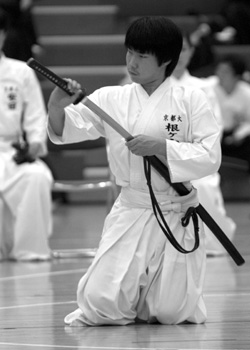 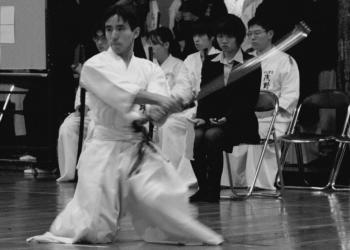 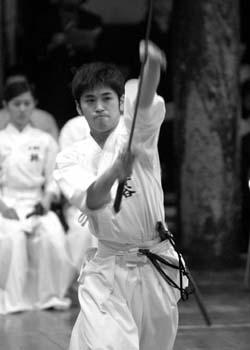 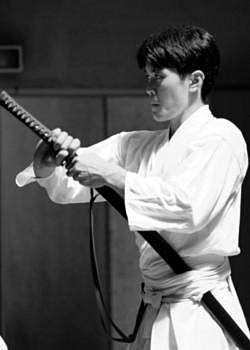 It must be understood that Iaido is a living art, it exists not in books or on video, but in your dojo each time you train. From this reason, it is not possible to learn Iai from a printed description and it is not my intention to encourage that practice here. The descriptions given are indented only as an aid to memory for beginners. 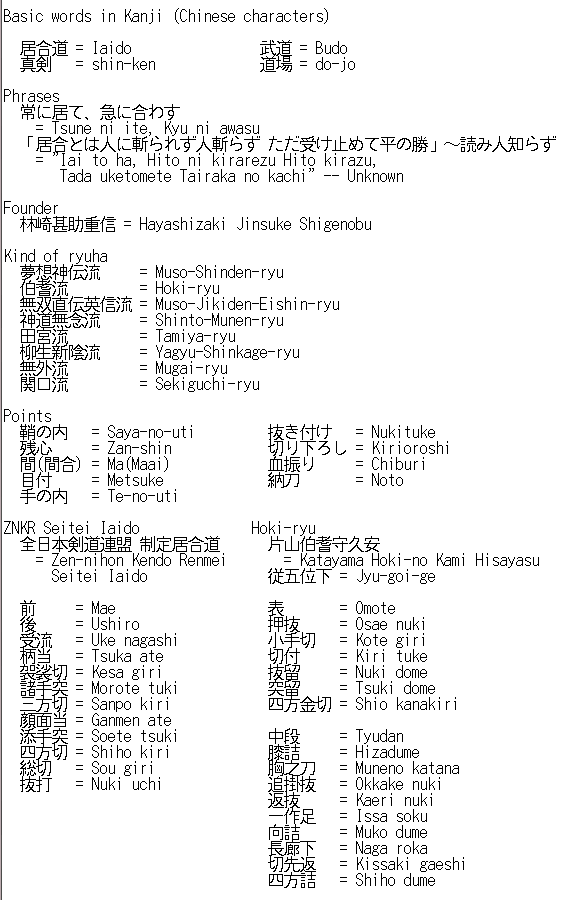 Please note that there are some ambiguity of notation(transcription) and some methods of word segmentation in Japanese. I suppose that these notation should be standard, but they may be different from that of other literature.