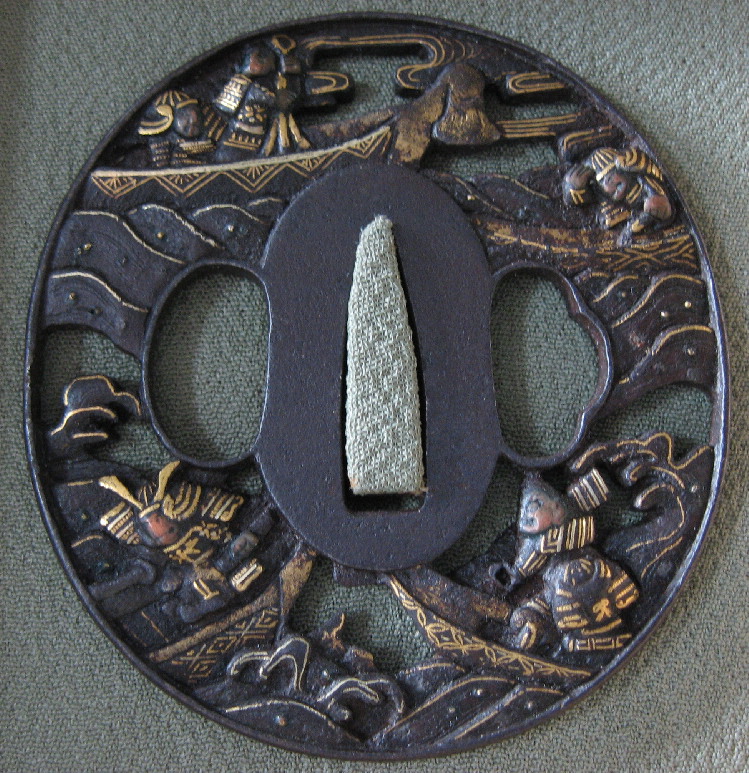 My collection of Japanese Tsuba contains a Soten piece (see above) that depicts a historical episode between the Minamoto and Tiara clans.
This episode caused me to research the two clans and Kamakura, Japan. Information about Kamakura, Japan was obtained through "Citizen Net Kamakura (KCN)". In the midst of seeking knowledge of this early history, I became curious about Buddhism and Shintoism.
Below you will find links to the various additions to my growing education.

Learn about Religions of the Samurai 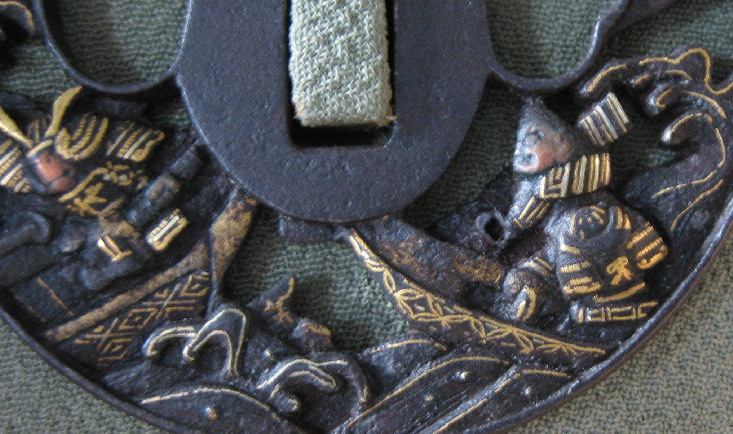 E-Mail me any questions, concerns or opinions you may have. It's all about learning!