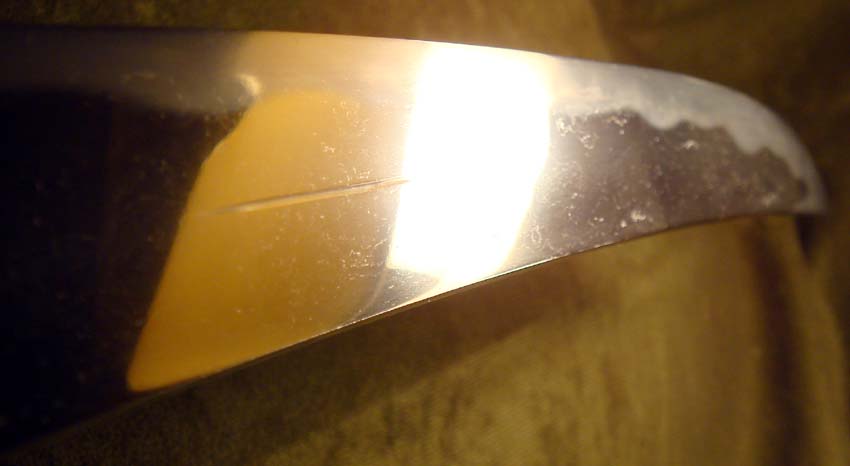 The Shimada school, founded bt Yoshisuke, thrived in Shimada of Suruga Province from the middle of the Muromachi Period and the smith name of Yoshisuke was succeeded to until the Edo Period. 'Koto Mei Zukushi' says that the first generation of Yoshisuke was active in the Kosho Era and the second generation in the Meio Era. Sukemune was a son of 1st Yoshisuke and it is believed that there were two or three generations. Hirosuke was a student of the 3rd Yoshisuke. The Shimada school includes many smiths. Amongst them, Yoshisuke, Sukemune, and Hirosuke are the representative smiths of the school and we can see many extant works of them today.