Historical Development and Influence of the Hwarang System

The tradition of the Hwarang system has existed for over 2,000 years, and during this time it has developed into an incredibly influential force. The impact of the Hwarang system and people was strongly felt in the East Asian region in ancient times, and has also reverberated through time, leaving a lasting mark for us. The Korean combat skills originally began over 5,000 years ago with the formation of the Kochosun kingdom. In order to protect the people and their territory this kingdom began the development of a strong combative system. Later, over 2,000 years ago, the (BC 57) was formed and they began the development of their own warrior system.

system eventually spread to and was very influential in the development of the Japanese Samurai system and Bushido (Korean-Musado, this is the moral mentality of the Hwarang and samurai). During this time much of the Japanese culture originated from the Korean kingdoms of Silla, Koguryo and Packche. Along with social customs, martial aspects were passed across the sea to . So the counterpart of the Silla Hwarang was the Japanese Shogun, and the counterpart of the Silla Rangdo was the Japanese shogun's soldiers (their samurai). It is also thought that the family of the founder of Jujitsu was also connected to the Hwarang warriors. The name of this "Jujitsu

", and the Korean pronunciation of his name is "Silla Samrang." There were many Koreans who moved to other countries, and because they still felt strong ties to their homeland they used this kingdom's name as their maiden name. The meaning of this founder's name is "Silla third man," so it is thought that this founder's ancestors came from the kingdom of "Silla

Japanese soft styles such as Judo

(mostly a sport version of throwing and chocking), Daitoryu Yawara

(mostly the use of an opponent's strength, and joint manipulation) were the same skills that evolved from Jujitsu. But, in the Daitoryu yawara (Aiki Jujitsu) and Jujitsu name has been disbanded, and presently these branch schools are called Judo and Aikido schools. However, the Jujitsu that has become poular in present times is called Brazilian Jujitsu and is mostly focused on grappling and ground locks. All of these Japanese soft style skills share many similarities with the soft style "Yusool" skills of the ancient secret combat skills of the Hwarang which are called "Um Yang Kwon

-hard skills). Because of these many similarities and the meaning of the founder's name, it is thought that Jujitsu's roots lie in the Hwarang tradition of . 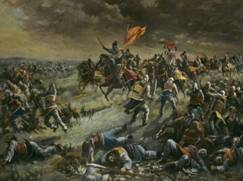 Much of the influence of this Hwarang tradition is due to the arrival of King Chinhung (540 AD), who was also a Hwarang. The Hwarang system existed before King Chinhung, but he was the individual who greatly developed the power and strength of this system within his administration and military. After his arrival followed a long period of wars of expansion with the larger kingdom to the north, Koguryo. However, before the northern kingdoms were engaged, King Chinhung took on the task of driving out the Japanese colonies to the east, which were in alliance with the Yamato clan of . Ten years later, King Chinhung turned his armies onto the fertile valleys of west and central , between the Han and . This was the Pakche kingdom, and the conquest of the Han-Imjin river area brought great wealth to Silla through the acquisition of the richest agricultural lands in the peninsula, additional military service, and the labor of the peasantry. This conquest also opened an easier route to through the capture of the ports on the . Because of the Hwarang warriors of Silla, these three countries were unified for the first time.