(Carved cinnabar lacquer) Tsuishu 堆朱. A carved lacquer technique where layers of lacquer are applied to a thickness of three to seven millimeters, and a design is engraved on the surface. Carving lacquer became popular in China during the Sung dynasty; after Sung lacquer was imported to Japan in the Muromachi period the Japanese made imitations from the late 15c. In order to achieve a carvable thickness, 100 to 300 coats of lacquer were applied to the wood and lacquer base. Each layer was allowed to harden for one day and lightly polished.
These difficult techniques became the special preserve of a family whose members each took the name Tsuishu Youzei 堆朱楊成. Tsuishu (layered red) means carved lacquer, usually red, and Youzei conflates the names Youmo 楊茂 (Ch; Yang Mao) and Chousei 張成 (Ch; Chang Cheng) two famous Chinese lacquer carvers. The family continued over 20 generations from the 15c to the 20c, working for the Ashikaga 足利 and then Tokugawa 徳川 shoguns. In the late 18c the Nomura 野村 family shared the official position of shogunal lacquer artists. 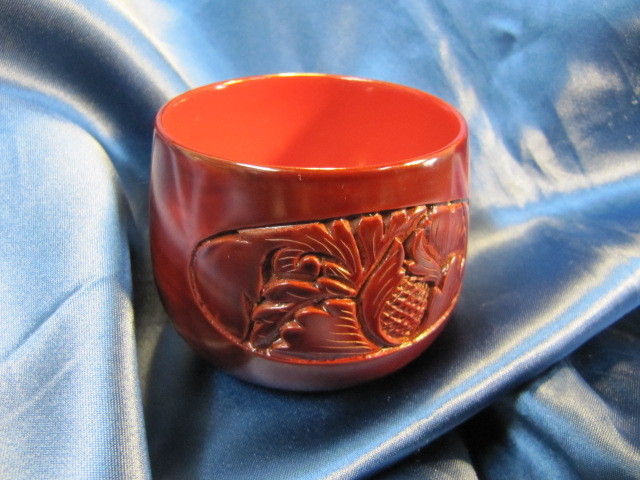 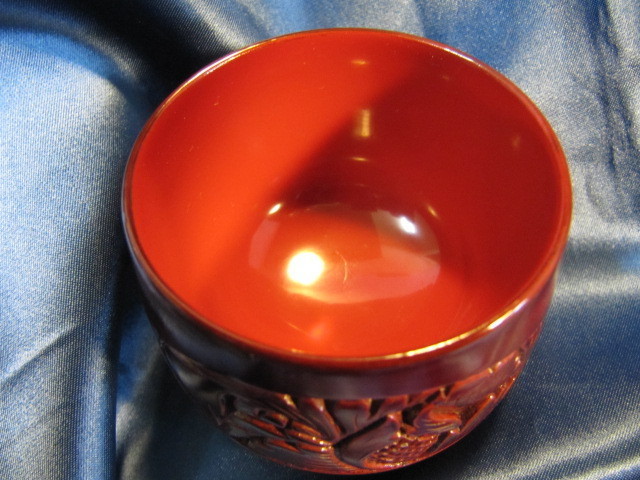 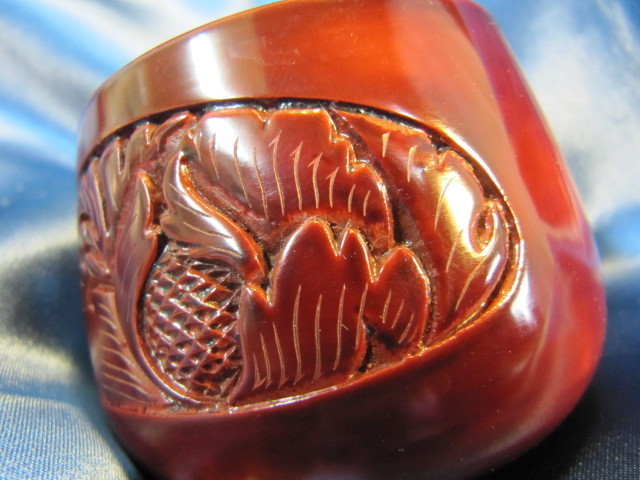 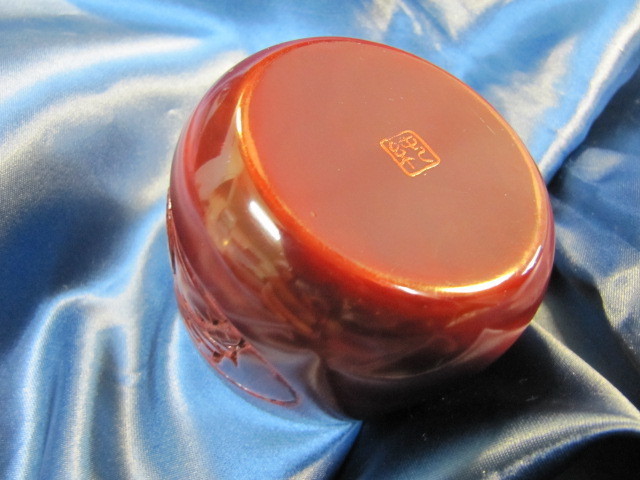 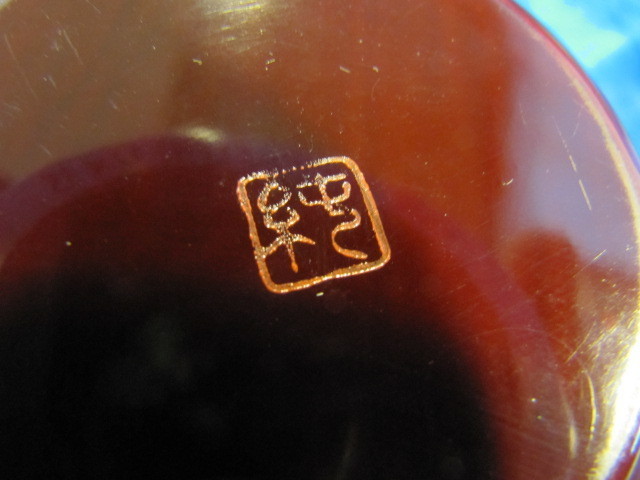 Chouhitsu (carved lacquer) is divided by color into tsuishu, tsuikoku, tsuiou 堆黄 (yellow) and kouka ryokuyou 紅花緑葉 (red flowers and green leaves). In tsuishu , literally, "piled cinnabar," layers of red lacquer are carved in elaborate designs.
Developed in China during the Song and Yuan periods, objects made by these techniques were very popular in Japan with tea adepts. The Muromachi period KUNDAIKAN SOUCHOUKI 君台観左右帳記 divides tsuishu into six groups by patterns or layers of lacquer. Since the Edo period, any red surfaced lacquer is called tsuishu. In kouka ryokuyou flower patterns are carved into the layers of red lacquer, and leaf patterns into the green layers. Tsuikoku creates a design by carving into black lacquer built up out of many thin layers. Popular in the Yuan and Ming periods, it was imported in the Kamakura through Muromachi periods, and used primarily at temples. It was later made in Japan. Kamakurabori 鎌倉彫, wood carved and then thinly coated with lacquer *urushi 漆, is made in Kamakura. Reportedly a sculptor of Buddhist images made copies of Chinese choushitsu, using such popular Song and Yuan patterns as peony, plum, Chinese lions and clouds. When demand for Buddhist images declined in the Meiji period , kamakurabori was used for household goods.

The perfect set of Sake cups called "Ochoko" (猪口, Boars Snout), has a high foot shaped like a boars snout and a small, deep bowl. 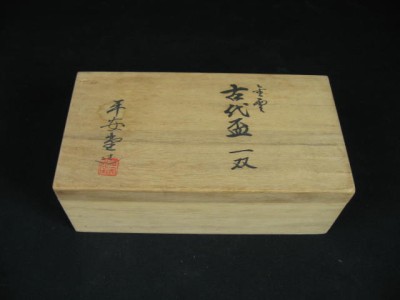 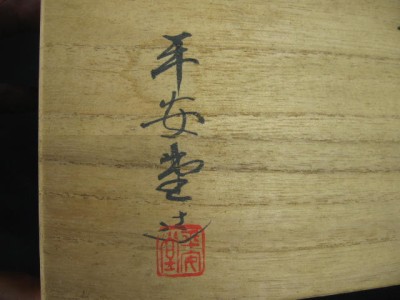 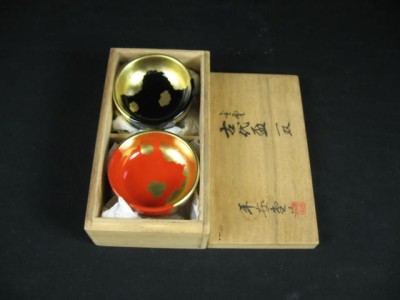 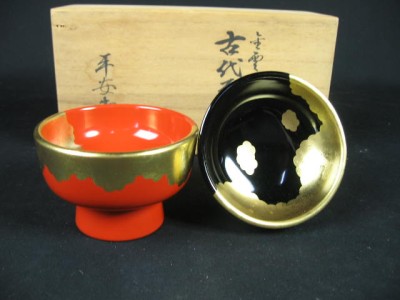 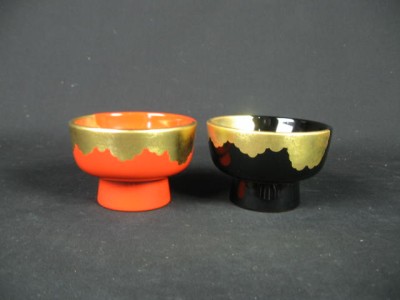 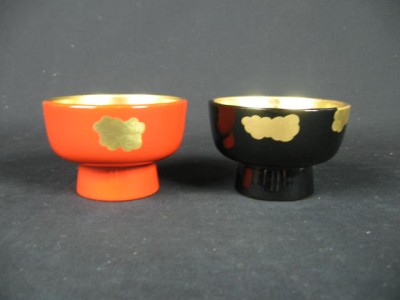 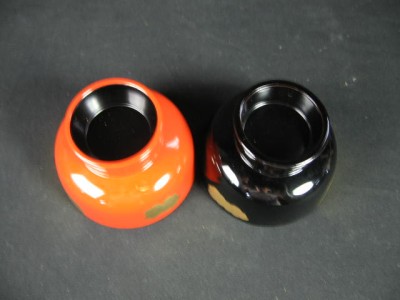 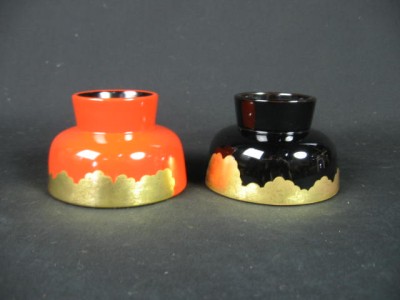 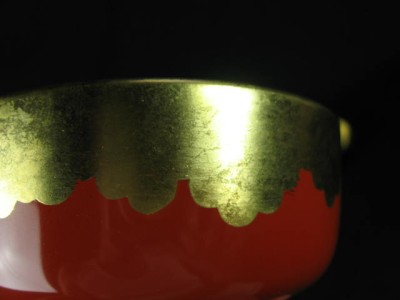 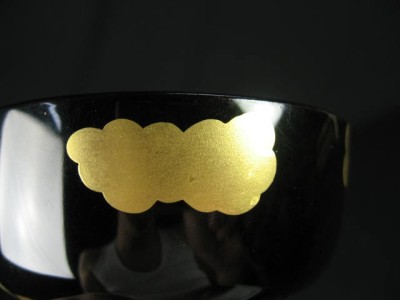 A sake cup like this might be used for "Nigorizake" (濁り酒, cloudy sake), which is unfiltered and milky white.
The kanji are "Tsuki or Getsu" and "Hou", the English translation is "holding moon".
There is a Mei on the side. The size is 2.5in. x 2.3in. In perfect condition. 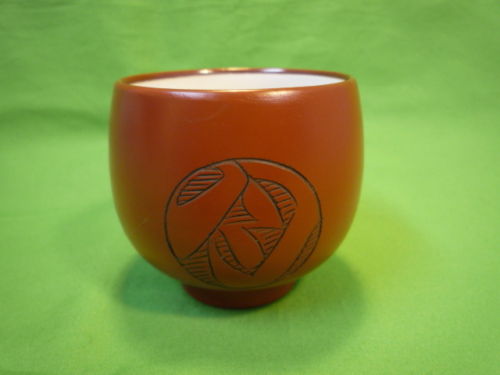 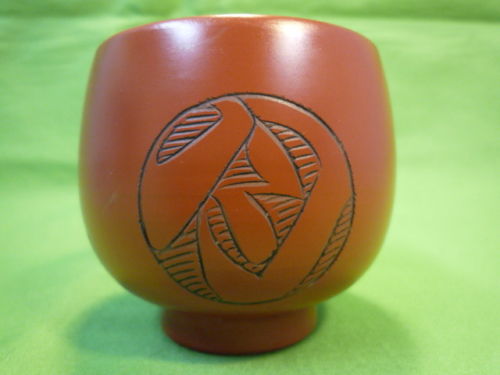 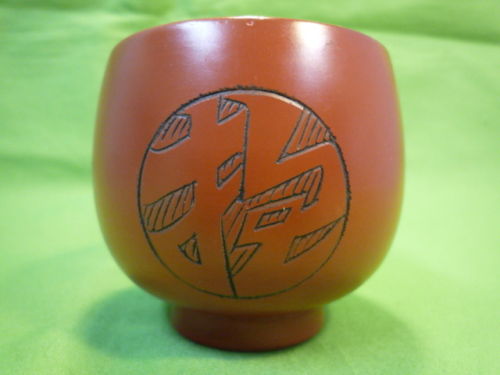 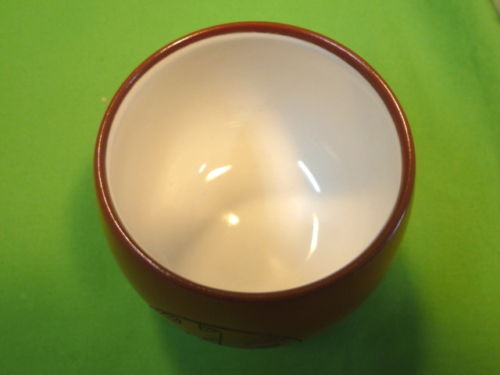 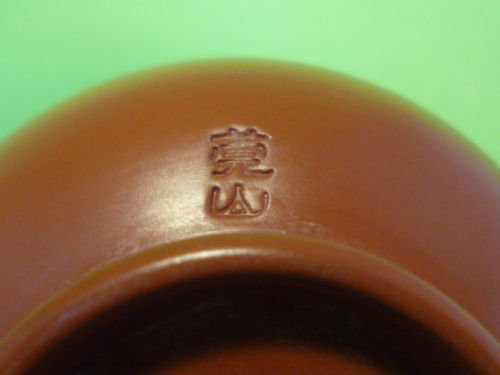 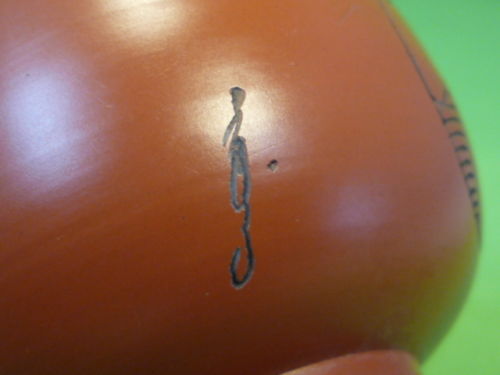 The antique Sake Cup box shows signs of its age. The Kanji are un-readable by me. The cord is very old and tattered.
The Guinomi Mino Sake Cup is from the Mino area. The Porcelain cup measures 3.7cm high, 5.7cm wide and weights 58g. In perfect condition. 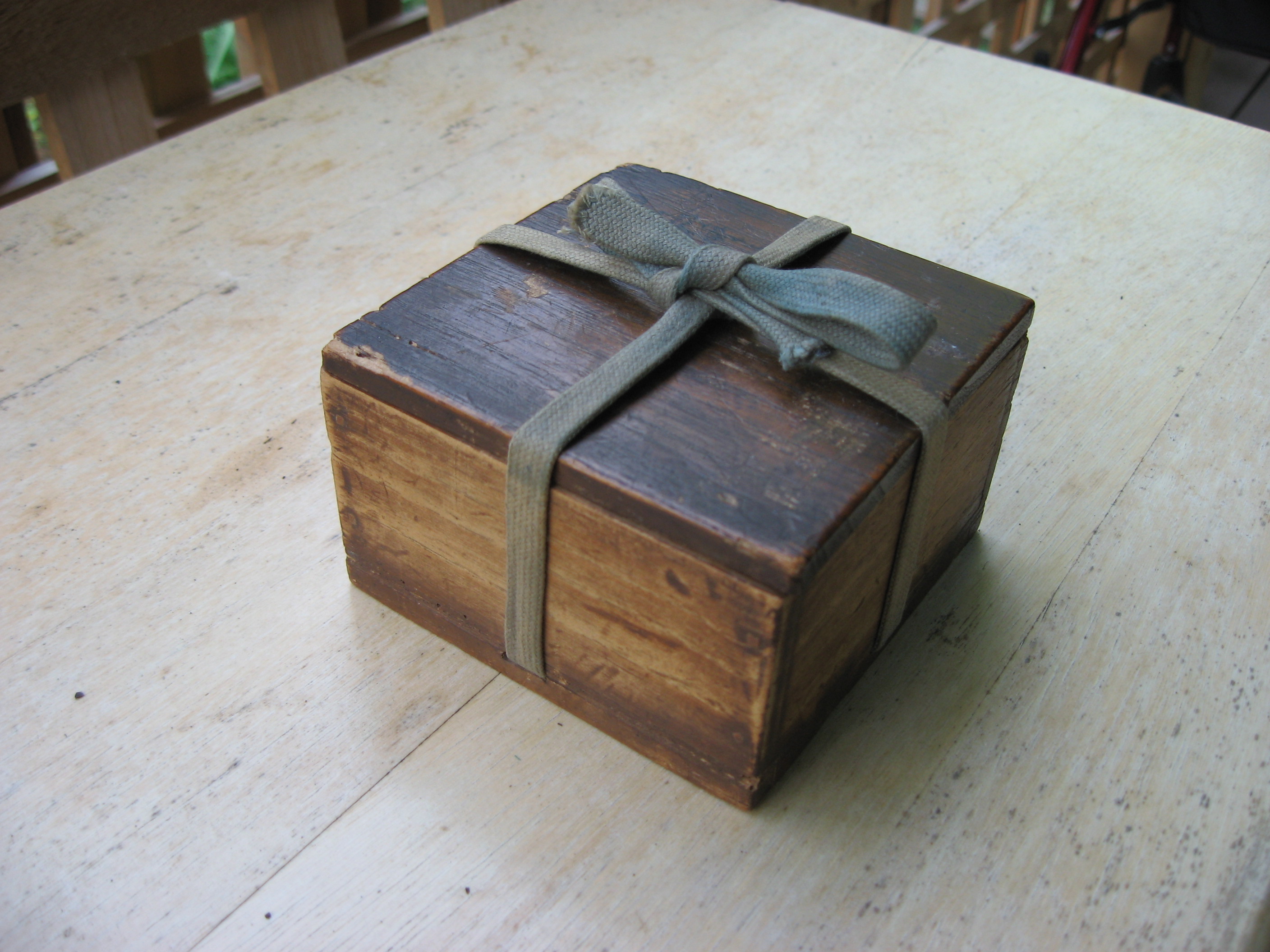 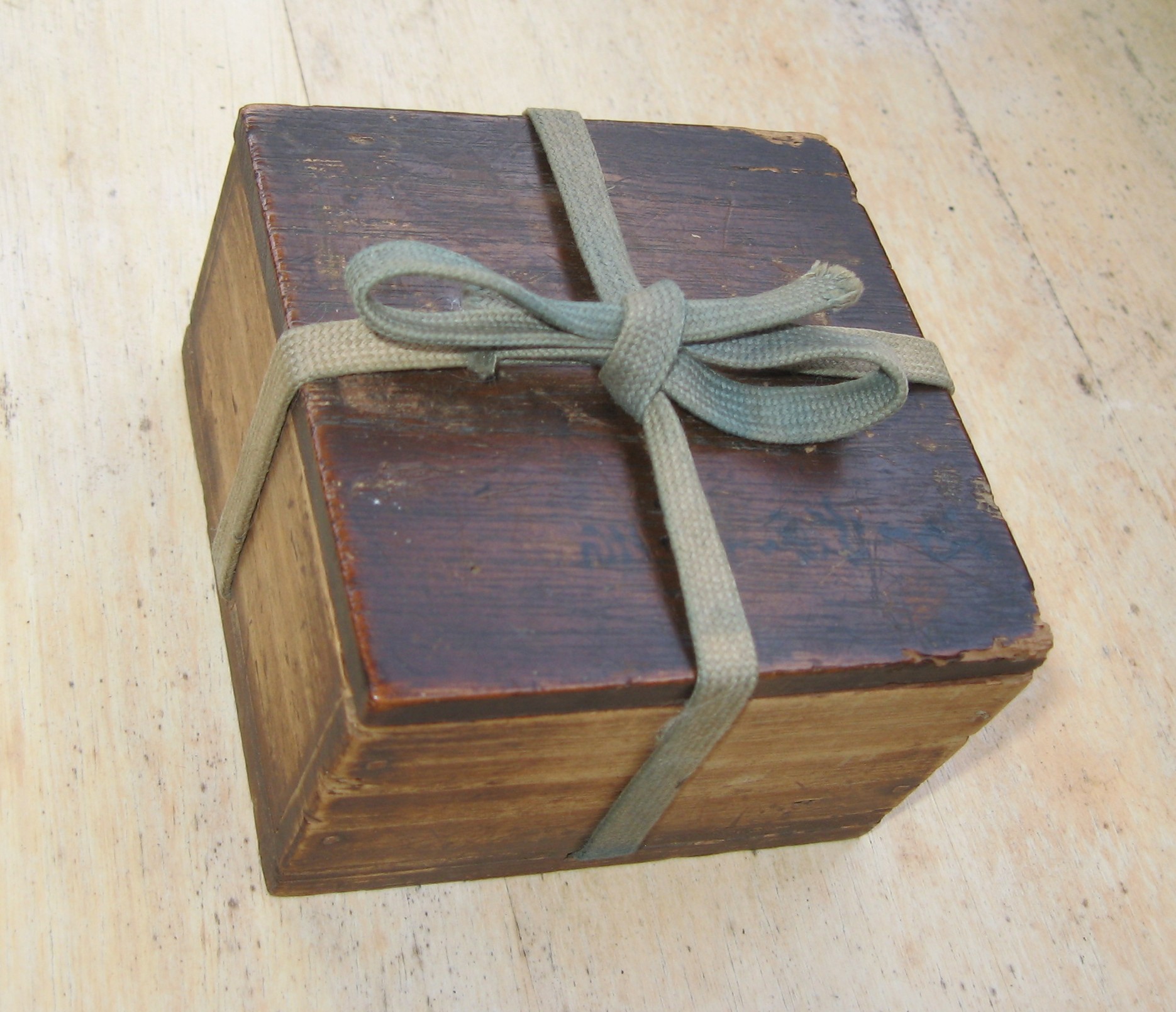 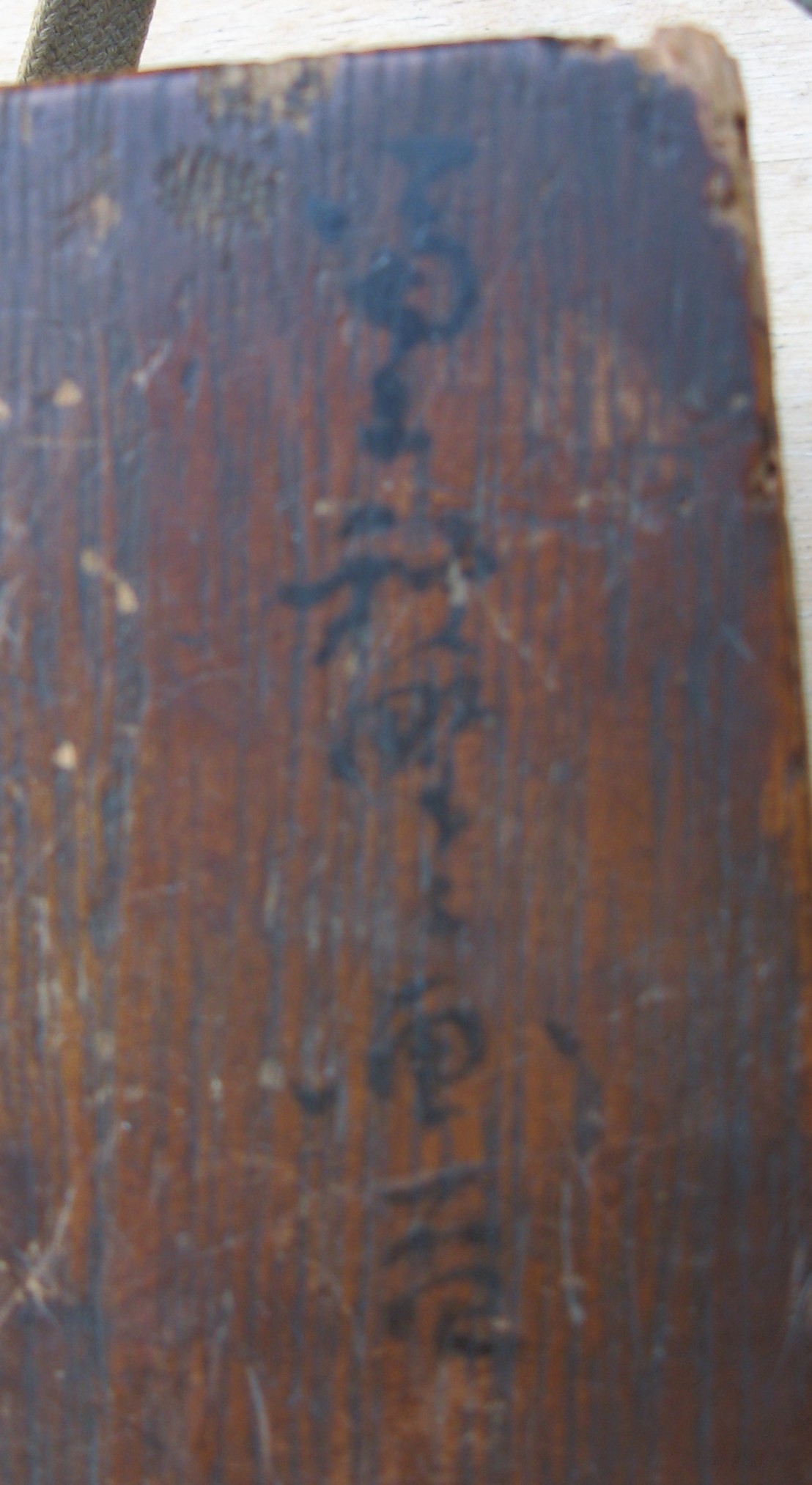 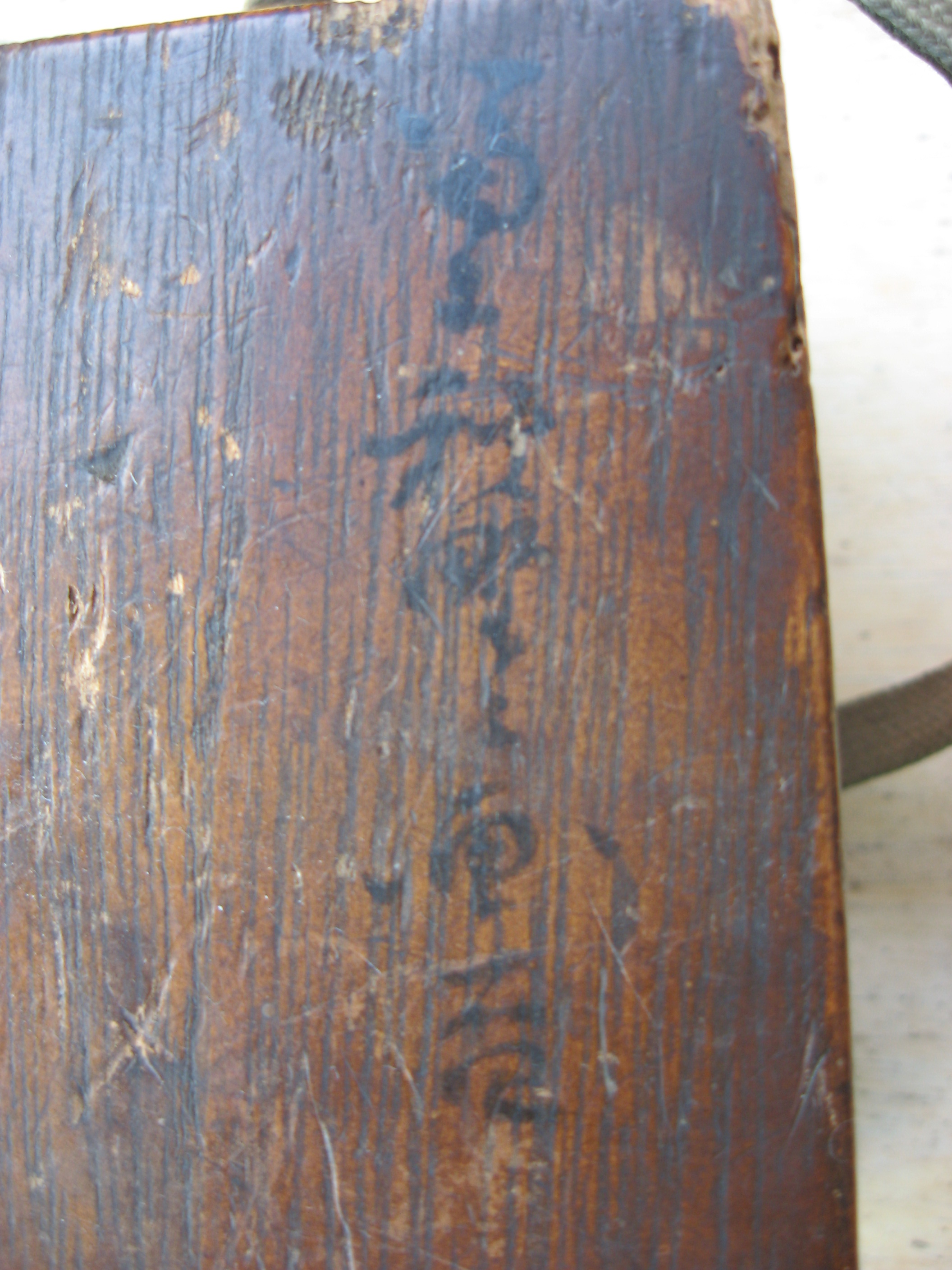 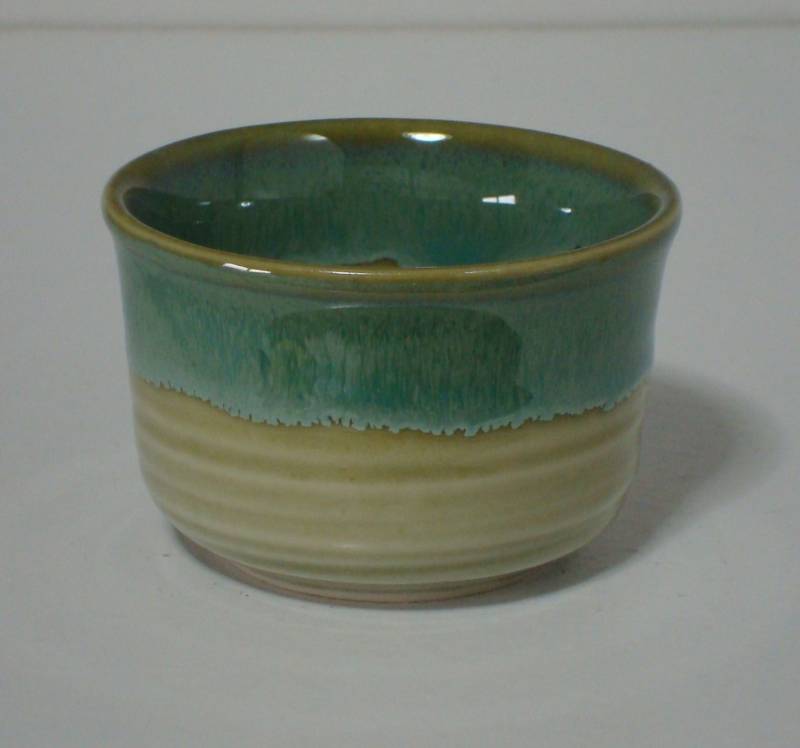 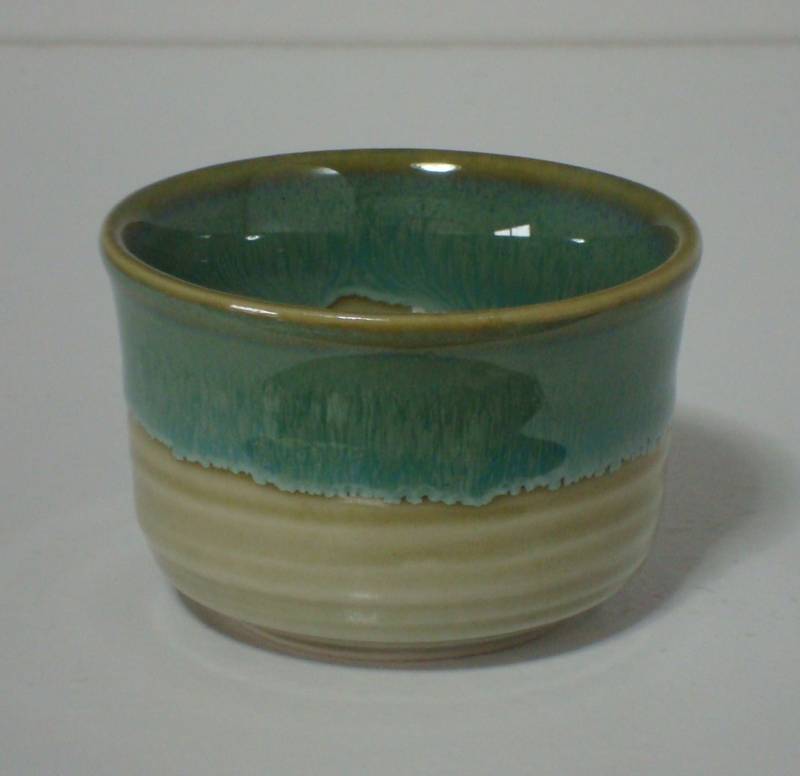 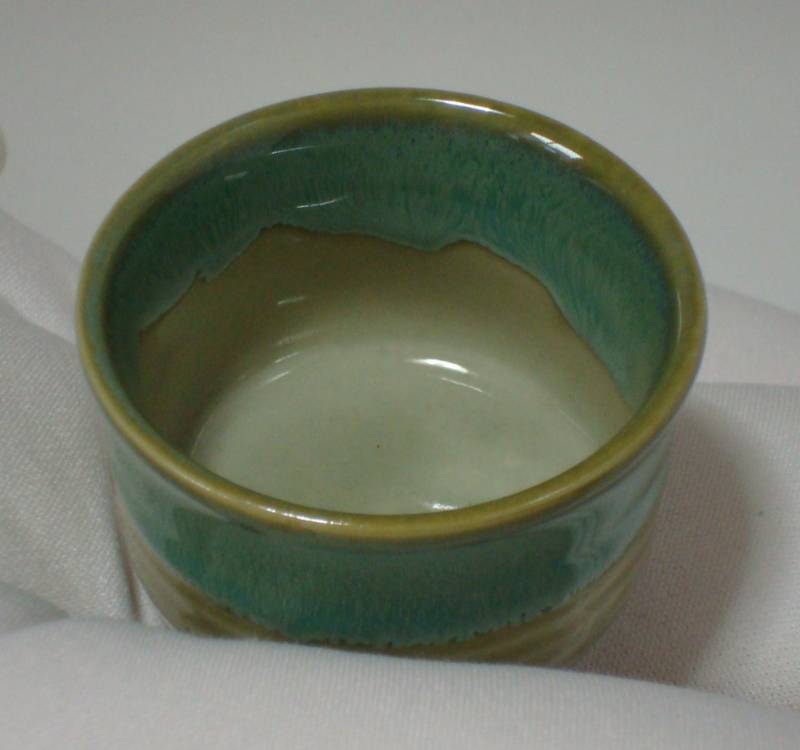 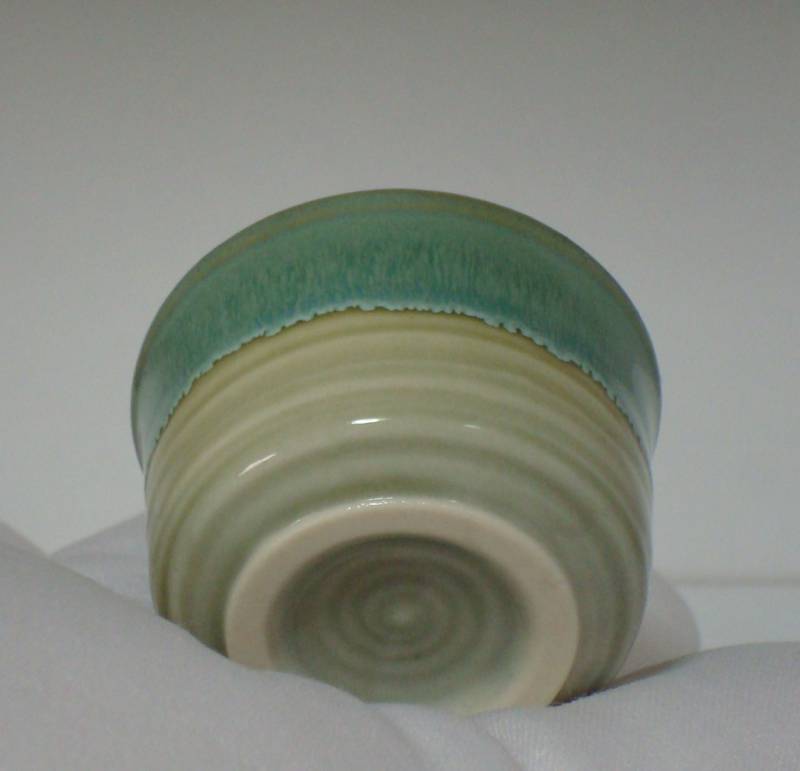 What makes a good guinomi or ochoko?

Naturally it is a matter of personal taste. Aesthetic appearance, weight, balance, how it feels in the hand, and a drinking lip that is not excessively rough are the general points of assessment.

A somewhat hidden feature that is always scrupulously checked by experienced collectors is the kodai, or foot, of a piece, the ring on the bottom on which the piece rests. Lurking modestly in the background, the quality and appearance of this facet of a piece is indicative of the skill of the artist.

Size isn't everything, either. The rim of a vessel - its thickness, texture and curve - will affect how a liquid distributes itself across the tongue and palate, thereby radically affecting the taste profile and fragrance. The artistic and aesthetic qualities as well contribute, if nothing else, by influencing the mood and atmosphere.

The abundance of fine traditional pottery in Japan adds another dimension to sake tasting. Beautiful tokkuri (flasks), o-chokko and guinomi (cups) help raise the nihonshu experience to a whole new level. They just go well together; it's that simple. The culture and traditions surrounding both developed together, and it shows in the work. "Form follows function".